Biodiversity is a recently coined term signifying not only the sum total of life on earth but its genetic diversity as a key factor in the resilience of ecosystems.

And whereas the environmental movement has adopted certain charismatic megafauna as mascots for their campaigns, for the McHarg Center biodiversity is understood as a general indicator of landscape health. Here biodiversity also signifies “the animal turn” in the environmental humanities more broadly, where since the mid 1970s questions of human-animal relations and by extension critiques of anthropocentrism came to foreand have since burgeoned into the sub-discipline of human-animal studies (HAS).

The question for the McHarg center’s research activities is how the science and cultural theory of biodiversity now manifests in the design and planning of places and regions to improve the health of the landscape and to also enrich our sense of place and sense of self in the midst of the 6th extinction.

The biodiversity working group is headed by Richard Weller and Karen M’Closkey. Weller’s work on mapping biodiversity hotspots and the sprawl of cities in these critically important regions has been published by National Geographic and Scientific American and M’Closkey’s work in the Galápagos Islands concerning tensions between conservation, tourism, and urban development has been published in Landscape Architecture Magazine and acknowledged with an ASLA Honor award in Analysis and Planning and a 2021 World Landscape Architecture (WLA) Professional Award in the Concept, Analysis, and Planning Category (honorable mention). 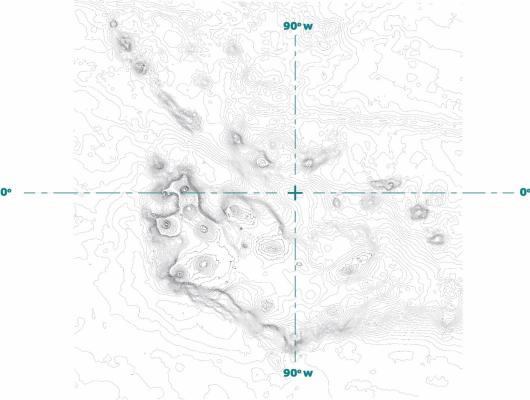 The enormous amount of attention that has been paid to the natural environment of the Galápagos has not been extended to the developable areas. There is little or no long-term planning. With an economy dependent almost solely on water-based activities—tourism and fishing—climate change could adversely impact waterfront use and access, and more volatile weather patterns will have wide-ranging effects on the flora and fauna. An immediately pressing issue is to consider where an increasing population will live. At its current growth rate, San Cristobal’s population could double in just over ten years, and development is already butting up against the Galápagos National Park border. The first phase of this project involved taking design students to San Cristobal Island to develop individual design proposals. The second phase utilized these proposals to compile a landscape framework for directing development. The third, upcoming phase, will use this work to do outreach on the islands in collaboration with colleagues from Quito, Ecuador.

Iconic landscapes created in the 19th and 20th century are known as National Parks. In the 21st century, we are proposing an iconic landscape suited to our times, a World Park. Whereas national parks and related protected areas often excluded humans to preserve nature, the World Park actively includes them to now restore it. Extending across 70,000 kilometers of territory, through 55 nations, the World Park’s trails offer a vast range of cultural experiences, but in addition to this, they are the catalysts for the park’s greater mission of attracting investment and labor to restore areas of degraded land through which they pass. In this way the World Park is about enabling a mosaic of local restoration projects which can be linked together to form something greater than just the sum of its parts.

The Hotspot Cities Project began in 2013 as an audit of land use in the world’s biodiversity hotspots in relation to the Convention on Biological Diversity (CBD) Aichi Target #11 of reaching 17% global protected area by 2020. The results of this first phase of the research are collated in the web based ‘Atlas for the End of the World-Atlas for the Beginning of the Anthropocene’.

The second phase of the research (2016 –2018) involved mapping the future urban growth of 463 cities in the hotspots identifying where sprawl, endangered species and remnant habitat are in direct conflict with one another. In 2018 this study of 463 cities was condensed to a set of 33 of the biggest and fastest-growing cities in each hotspot –the so-called ‘Hotspot Cities’.

The third phase of our research now concerns developing design and planning case studies in these 33 cities. It is our contention that the destructive urban sprawl and negative regional impact of cities is not a fait accompli: it is a cultural by-product and can be mitigated through good planning and urban design that is tuned to local ecological and cultural conditions. The purpose of the Hotspot Cities Project is to bring students, conservationists, developers, planners, designers and communities together to improve the relationship between urbanization and biodiversity, where biodiversity means not only the preservation of charismatic species, but the restoration of the ecosystems upon which our cities are ultimately dependent. 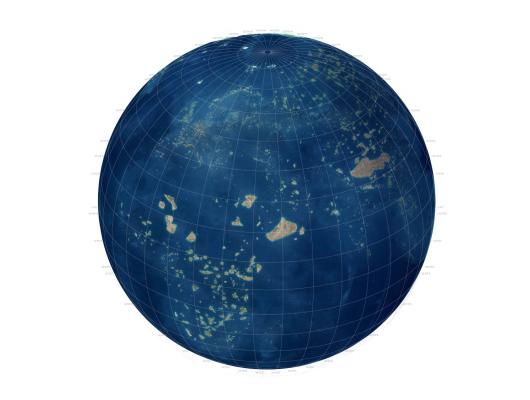 The Atlas for the End of the World

Coming almost 450 years after the world's first Atlas, this Atlas for the End of the World audits the status of land use and urbanization in the most critically endangered bioregions on Earth. It does so, firstly, by measuring the quantity of protected area across the world's 36 biodiversity hotspots in comparison to United Nation's 2020 targets; and secondly, by identifying where future urban growth in these territories is on a collision course with endangered species.By bringing urbanization and conservation together in the same study, the essays, maps, data, and artwork in this Atlas lay essential groundwork for the future planning and design of hotspot cities and regionsas interdependent ecological and economic systems.