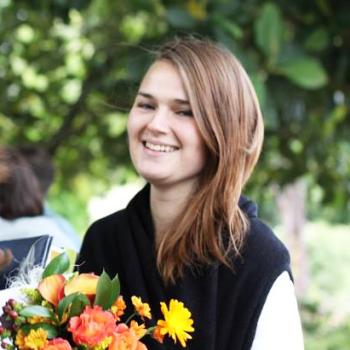 Sara Harmon (MLA ’20) is a research assistant for the Ian L. McHarg Center and a second-year graduate student in the University of Pennsylvania Stuart Weitzman School of Design's three-year Landscape Architecture program. Sara earned her undergraduate degree in Landscape Architecture from the University of California at Berkeley’s College of Environmental Design. Immediately after graduating from UC Berkeley, Sara worked at a local nursery and as an intern at the San Francisco office of Wallace Roberts and Todd. These positions helped to solidify her interests in horticulture and community engagement, respectively. After her internship at WRT, Sara worked as a designer at April Philips Design Works in San Rafael, CA. There, she collaborated on many different projects, primarily focusing on design conception for smaller projects and graphic work for projects of all types. Sara hopes to build upon these foundations throughout her time at the Weitzman School, and her involvement with the McHarg Center has been an important step in that process.

Sara’s work at the Ian L. McHarg Center has allowed her to further improve upon her graphical skills and to learn how to implement those skills successfully for more research-based projects. Her time at the Center has also vastly increased her knowledge of climate change resilience and adaptation efforts across the nation, something she hopes to carry forward in her work.