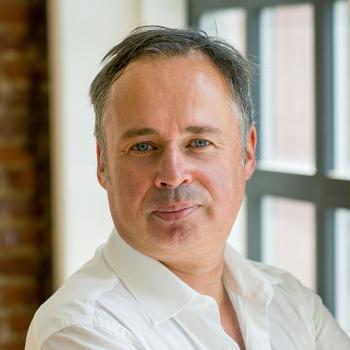 Matthijs Bouw is a Dutch architect and urbanist and founder of One Architecture (est. 1995), an award-winning Amsterdam and New York-based design and planning firm. He directs the Urban Resilience Certificate Program for the University of Pennsylvania Stuart Weitzman School of Design.

Bouw’s work at Penn theorizes and positions design as an integrator and innovator among scales, disciplines, actors and issues in urban resilience and water management  projects. Additionally, he researches how to achieve and increase ‘resilience value’ in the implementation of complex projects. He is a member of the ULI panel that wrote the ’10 principles for building resilience’.

Bouw’s practice is known for its unique approach in which programmatic, financial, technical and organizational issues are addressed, communicated and resolved through design. Bouw has been a pioneer in the use of design as a tool for collaboration, for instance through the development of ‘Design Studios’ as an instrument to support the Netherlands’ Ministry of Infrastructure and the Environment with its long term planning.

The office works on flagship resilience projects in New York, Boston and San Francisco. A co-leader of the BIG Team that won the Rebuild by Design competition for the flood protection of Manhattan, ONE is currently part of the multi-disciplinary teams executing the first phase of the East Side Coastal Resiliency project for Lower Manhattan, as well as planning the Lower Manhattan Coastal Protection project. In Panama City, Bouw is the urban designer in the ‘Water Dialogues’ team. In the Philippines, he is the urban planner for the Asian Development Bank on New Clark City, and works on nature-based disaster reduction in Tacloban. In the Netherlands, One are part of the ‘Hackable City’ team for Buiksloterham, a large scale brownfield redevelopment in Amsterdam-Noord based on the principles of the circular economy.