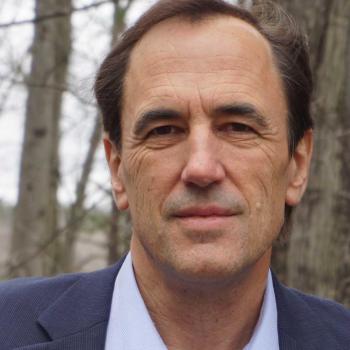 Contributing Editor, Rolling Stone; Author of The Water Will Come: Rising Seas, Sinking Cities, and the Remaking of the Civilized World

Jeff Goodell’s most recent book, The Water Will Come: Rising Seas, Sinking Cities, and the Remaking of the Civilized World, was a New York Times Critics Top Book of 2017. He is a Contributing Editor at Rolling Stone and the author of five previous books, including, How to Cool the Planet: Geoengineering and the Audacious Quest to Fix Earth’s Climate, and Sunnyvale, a memoir about growing up in Silicon Valley, which was a New York Times Notable Book of the Year. Goodell was a 2016 and 2017 fellow at New America. As a commentator on energy and climate issues, he has appeared on NPR, MSNBC, CNN, CNBC, ABC, NBC, Fox News and The Oprah Winfrey Show.

Statement: Climate change is rapidly reshaping our world.  The McHarg Center is leading the conversation about what, exactly, that means for how we live today, as well as for how we imagine our future.