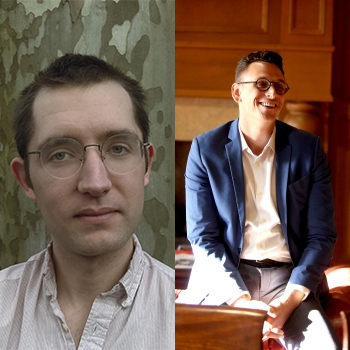 Remember How This Feels

When Franz Kafka, only thirty-five years old, was self-isolating in rural Bohemia, at the beginning of his slow death from tuberculosis, he wrote a series of aphorisms. Aphorism number five: “From a certain point on, there is no more turning back. That is the point that must be reached.”[1]

In just a few months, human society has reached this point—where every aspect of our society is oriented toward a single, shared, struggle. We’ve reached this point inadvertently, because of an unthinking (if creative) virus. For many of us, this is the first time that we’ve experienced such a totalizing, globalized anxiety. But it will not be the last time; and so it is vital that those of us engaged in fighting the climate crisis remember what this feels like. Because we will have to return to this point of no turning back, and soon—bringing the rest of humanity along with us.

We should do everything in our power to hold on to this feeling: of knowing when we wake up each morning what the blaring headlines of the day will be; of knowing what passersby will be discussing even before they come into earshot; of knowing, before we pick up the phone, what our parents will be worried about; of knowing what will be driving our anxiety throughout the day, and underlying each of our conflicts even before they arise; and of knowing that many of the most immediate questions we might have (Will I have a job tomorrow? Will I be able to stay in my home? How will I feed myself and my family? Am I going to get sick and die?) are completely unknowable. The feeling of certainty that these anxieties will be the same months, perhaps years, from now; and that they are the same everywhere, more or less. The feeling that everyone else in the world is worried about the same thing that we are.

It might seem preposterous, now, to think that such a revolutionary feeling is something that we will need to work to hold on to; and yet it is work we must do, because we will soon be asked to forget it all—and much sooner than you might expect. In Pale Rider, her excellent 2017 history of the Spanish flu pandemic, Laura Spinney recalls:

. . . It killed 50–100 million people, or between 2.5 and 5 per cent of the global population. . . . the greatest tidal wave of death since the Black Death, perhaps in the whole of human history. Yet what do we see when we unravel the scroll of the twentieth century? Two world wars, the rise and fall of communism, perhaps some of the more spectacular episodes of decolonization. . . . When asked what was the biggest disaster of the twentieth century, almost nobody answers the Spanish flu. . . . [It] is remembered personally, not collectively. Not as a historical disaster, but as millions of discrete, private tragedies.”[2]

Imagine all the forces and emotions that are waiting to creep back into our consciousness as soon as the virus loses its singular grip—all the deferred socializing and labor and other pleasures and activities curtailed by COVID-19. For many of us, the end of the lockdown will bring overwhelming relief and excitement—millions of cooped-up and worry-worn individuals starving for the common delights of social life. For many more, it will bring sorrow—as Spinney reminds us, depression spiked across the globe in the aftermath of the Spanish flu. The same will be true for the coronavirus.

For yet others, as soon as the grip of terror begins to lift—as soon as the cafes start to open and the football games come back on TV—the comfortable rhythms of bourgeois consumerism will flood back in. We will be soon be called to signal a return to normalcy by shopping. (Recall George W. Bush’s litany against fear: “We cannot let the terrorists achieve the objective of frightening our nation to the point where we don’t—where we don’t conduct business, where people don’t shop!”[3]) And, sadly, the retreat of the virus will also likely bring a new wave of recrimination and xenophobia, as sociopathic world leaders seek to point a finger anywhere but at their own failings, and to justify authoritarian or ecofascist policies under the guise of national security.

So it may come that as soon as viral anxiety makes even a little bit of room in our psyches, in will rush a commingling of relief, excitement, mourning, and distraction. This is human, and necessary, and to be expected; but it is still far off. All we can do now is try to fix this feeling in our minds—the feeling of being at the point of no return. Think about it. Write about it. Talk about it. Inscribe it—literally and figuratively—wherever you can. If we can remember this feeling, it will help us in the future. It took this unthinking virus just a few months to bring humanity to this point of unified struggle and shared anxiety; whereas the environmental movement has been fighting to reach that same point for decades, longer than many of us have been alive. The virus has proven that this is a point that can be reached—a point where everything changes.

Many have already connected the virus to the climate crisis—unsurprising, in a moment where all thought must be viewed through the lens of contagion. “Green lessons from coronavirus” might already be considered a subgenre of environmental thought in its own right. Some of these lessons are instrumentalist: Kate Aronoff suggests that China’s temporary CO2 reductions demonstrate the efficacy of a four-day work week. Others are more psychosocial: Bill McKibben hopes that the virus might remind us of the world’s fundamental physical finitude. Many of the rest either point out incidental emissions benefits from some side-effect of the virus, remind us that we will continue to need ever more emergency preparedness, or ask, lamenting, why people and governments seem to care so much more about this virus than about the end of the world.

It’s in regard to this last question that the virus becomes relevant to designers—in particular, to landscape architects and other ecological designers who operate at the interface between human imagination and the planning and management of our environment. Anna Darling and Qi Wang have written eloquently, for this blog, on designers’ power to expand the bounds of what the public considers possible. The speculative futures they propose hint at optimistic and innovative new approaches to the yet-unsolved challenges of the Anthropocene transition—of which the climate crisis and this virus are two.

But this moment of global anxiety—this point of no return—suggests that designers have an additional role to play in shaping the future. The question is simple: once the virus has passed, how do we bring humanity back to this point? How do we convince governments, the media, and people on the street to weave mass extinction and drowned cities into every conversation? How do we make the materialist panic of this pandemic as visible and immediate for the climate crisis once the virus recedes?

The answer isn’t obvious. It seems clear that utopian speculation will not suffice on its own—five centuries of speculative urbanism don’t seem to have brought us that much closer to living in a utopia. Do we need to scare people? Maybe a little, but it’s not that simple; Hollywood has done a better job at representing the end of the world than we ever could, and it hasn’t made much of a difference. Maybe it would be different if we were to fold the fear into public space itself. If we really believe that the landscapes we design inscribe civic values, then radical new spaces might generate radical new values. Perhaps this reacquaintance with the apocalypse—and the entry of “social distancing” into our program lexicon—will remind designers that public landscapes can carry deeper meaning than simple bourgeois pleasure grounds. After all—as this blog as argued in the past—landscape architects have a special relationship with death, and with the end of the world.

But this can be a debate for later, once it’s not so frightening and we can meet face-to-face again. Just hold on to this feeling: remember what it felt like when everyone agreed that the world was ending, and—incredibly—things actually seemed to change.

Postscript: If you have not read it yet, I recommend Francesco Pacifico’s recent essay “Stop Making Points”: a reminder that the virus is, first, a cause of individual human suffering, and that to think of it as a lens on anything beyond that is itself a position requiring enormous privilege and security.