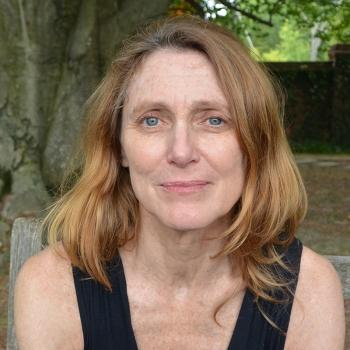 Laurel McSherry is Associate Professor and Director of the Graduate Landscape Architecture Program at  Virginia Tech’s Washington-Alexandria Architecture Center. An alumna of Rutgers University and the Graduate School of Design at Harvard University, she is recipient of the 1999 Rome Prize in Landscape Architecture from the American Academy in Rome. Formerly, Professor McSherry was Head of Landscape Architecture at Ohio State University and faculty in the College of Architecture and Environmental Design at Arizona State University. Regarded as a visual thought leader in landscape architecture, she is recipient of numerous awards and prizes for her design work including Landscape Architecture Magazine’s 1995 Visionary and Un-built Design Competition; the 2005 Flight 93 National Memorial Competition (finalist); the 2007 Re-Envisioning Gate National Recreation Area Competition (third prize); the 2008 Sichuan Earthquake Memorial Competition (honorable mention); and the 2008 William Turnbull Prize for her watershed-related research. She was a finalist in the 2015 Peace Corps Commemorative Competition, and took third place in the 2015 Terra Dignitas Urban Design Competition. In 2016, Professor McSherry was awarded third place in the New York City Aquarium and Public Waterfront Competition. Her writing, design and photographic work has been published widely. She is a frequent lecturer both within the United States and internationally. As a 2017-2018 Fulbright-Scotland Visiting Professor at the Glasgow School of Art, Professor McSherry will investigate the prominence of the Clyde River Valley in overlapping cultural and ecological histories, and its contribution to the pioneering work of Scottish-American landscape theorist Ian McHarg.